To share your memory on the wall of Wilfred Louviere, sign in using one of the following options:

Wilfred was born on August 26, 1935, in Lacassine, Louisiana, to Pearl and LeRoy Louviere. Upon graduation from high school, ... Read More
On Monday, March 8, 2021, Wilfred (Will) Joseph Louviere, passed away peacefully in Lake Charles, Louisiana.

Wilfred was born on August 26, 1935, in Lacassine, Louisiana, to Pearl and LeRoy Louviere. Upon graduation from high school, Will served in the U. S. Navy until his honorable discharge in 1958 then began a career in the sheet metal trade which lasted for over 41 years. Upon his retirement, he did some World traveling and was blessed to see the holy lands which stood out for him and he spoke of that trip on numerous occasions. Will loved the outdoors whether it was fishing, playing golf or gardening, he was happy just spending time with his family and friends. He was blessed with a job later in life as the courtesy driver for Lake Charles Toyota where he met many friends and co-workers that were like family. He was always happy to go and spend his days with others with a smile on his face.

Will’s greatest gift was his family. He is survived by his sons, Mark Randall Louviere and wife Kellee, Christopher Louviere and wife Nikki, both from Sulphur, Louisiana; grandchildren, Kristin, Ryan, Iain, Taryn, Jagger and Braedon; sister, Jenelle Fruge and husband Don, brother, Otto Joseph and wife JoAnn; and half-sisters, Ellen Harrington and husband Randall, Bernadette Fruge and husband Larry, and Linda Granger and husband Tommy, numerous nieces and nephews as well as his extended family, Johnny, David, Paula and Alex Deshotels and their children whom he loved dearly.

He was preceded in death by his parents, Pearl Granger and LeRoy Louviere, stepmother, Agnes Louviere, and his longtime companion, Jackie Deshotels.

We encourage you to share your most beloved memories of Wilfred here, so that the family and other loved ones can always see it. You can upload cherished photographs, or share your favorite stories, and can even comment on those shared by others.

Posted Mar 19, 2021 at 10:51am
We were so sorry to hear of our dear friend, Will’s, passing. Our heartfelt sympathy and prayers 🙏🏻 go out to you all and may God help ease the loss y’all bear. When we say goodbye to our loved ones and friends on the journey to their Heavenly Home, that Goodbye is not the end, it just means, we’ll miss you, until we meet again. May you Rest In Peace, Will, Amen. ✝️ We enjoyed knowing such a kind and gentle soul, as you were, over the years.
Comment Share
Share via:
P

Posted Mar 15, 2021 at 01:10pm
Mr.Will was a great person, a true friend .I know he was sad to leave, but filled with joy knowing he was going to be with his Lord and his love Jackie . Our prayers go out to the family . I miss you and that smile, my dear friend . Pam & Dale Paul
Comment Share
Share via:
GW

Posted Mar 12, 2021 at 09:02am
I worked with Mr Will at Toyota and you couldn't help but love the guy. Even after I left anytime I would go back I would go out of my way to find him shake his hand say hi and give him a hard time even though he flirted with my wife every single time. Lol. Rest in peace my friend you will be missed and you are loved by many.
Comment Share
Share via:
DC

Posted Mar 12, 2021 at 05:16am
Sorry to hear about your Loss. Praying for you and your Family. If you need anything Let Me Know. I met him once and we had a good talk, great Man. Much Love. Donald L. Comeaux, Jr.
Comment Share
Share via: 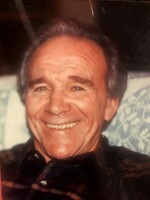