To share your memory on the wall of James Prather, sign in using one of the following options:

Print
James Lee Prather, 88, departed this earthly life on Tuesday, January 12, 2021, in Arcadia, La., from complications due to the COVID-19 virus.

Born in Elizabeth, La., on May 3, 1932, James lived most of his life in Lake Charles. He enlisted in the Army in August 1952. Following basic training and infantry training at Fort Rucker, Al., he was shipped to Korea in February 1953, where he served as a driver in the motor pool of the 64th Tank Battalion, 3rd Infantry Division. After his one-year tour in Korea, James returned to the United States where he was honorably discharged from active duty in August 1954. After his return from military service, he settled in Lake Charles, where he worked as a diesel mechanic. He met and married Mickey Benoit on July 7, 1956. He made a career change to pest control in August 1956 when he began working for Orkin. James later purchased, owned and operated Rex Exterminating Co., for the next 38 1/2 years until his retirement in March 1995.

James was called to the ministry early in life. He pastored several churches in remote locations throughout Southwest Louisiana, including his last pastorship at Faith Tabernacle in Jennings, La. His many ministries included a 15-minute radio broadcast on AM Radio KAOK for 16 ½ years; and weekly publications of his Christian poetry in the Lake Charles American Press. James had a lifelong passion for music. Completely self-taught, he played the piano, guitar, banjo, mandolin, and violin. A prolific songwriter, his music was an integral part of his life and ministries.

He was proceeded in death by his parents, Aaron and Bertha Prather; brothers, Edwin and Donald Prather; and sisters, Imogene Benoit, Wanda Cinquemano, and Lennie Mae Daley.

He is survived by his wife of 64 years, Mickey Benoit Prather; daughters Terri Robinson and husband David, Sherri Bohannon and husband Shawn, and one grandson, Grady Savant. He is also survived by 4 sisters, Betty Fuselier, Loretta Leger, Marlene Richard and Kay Jaramillo, and a host of nieces and nephews.
A private graveside service will be held with military honors rendered by the Army Honor Guard.

The family wishes to thank the staff at Willow Ridge Retirement Center and Premier Hospice for the love and compassion shown to James in his final days.

Memories and words of comfort maybe shared with the family at www.lakesidefh.com
Read Less

We encourage you to share your most beloved memories of James here, so that the family and other loved ones can always see it. You can upload cherished photographs, or share your favorite stories, and can even comment on those shared by others.

Posted Feb 27, 2021 at 12:30pm
We are so sorry for y’all’s loss, our heartfelt sympathy and prayers🙏🏻🙏🏻go out to you all. May faith and loving memories carry you through this difficult time and may he Rest In Peace in God’s Heavenly Home. Amen ✝️🛐
Comment Share
Share via:
I

Posted Jan 28, 2021 at 01:43pm
Wishing you peace to bring comfort, courage to face the days ahead and loving memories to forever hold in your hearts. Prayers and God's Blessings!

Posted Jan 12, 2021 at 08:20pm
So sorry to hear about Uncle James Lee’s Passing. Praying God will comfort you all through this difficult time. I know he loved the Lord and is with Him now. We miss Mom and Dad, but we will see them again some day! God Bless You, Mickey, Terri and Sherri
Love, Brenda and Donald 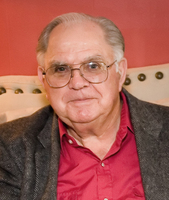